My dry slope training facilities allow skiers and snowboarders of all ages and abilities to safely take their freestyle skills to the next level — even on the hottest days of summer.

When I was 20 years old and studying engineering at UBC, a snowboarding accident resulted in the paralysis of most of my body and ended my dreams of going pro.

But as an engineer, I found a way to contribute to the sport I love, making it safer and more accessible for athletes of all ages.

As part of a classroom engineering project, my partner and I began designing an airbag technology that would create a realistic safe environment for skiers or snowboarders to learn new tricks and know that even if they landed upside down, they could walk away unscathed.

To get the best possible prototype design, we had to try to wrap our minds around all the involved complexities of fluid dynamics operating in a flexible boundary (the airbag) and how the different aspects of design would affect safety and performance. Then we had to test and modify it repeatedly to bring it to market.

The result was a product that allowed athletes to push the sport further. Take, for example, a friend of mine who always wanted to try a back flip on his snowboard but was afraid to push himself because of the high risk of injury. Our landing pad allowed him to practice the back flip, safely absorbing fall after fall until he was able to master the trick.

Now, after years of just designing airbags, my company Katal Innovations, is providing the next level product: dry slope training facility design. For these facilities, we are making the biggest airbags we’ve ever made to create the safest environment possible that perfectly mimics the real thing. This is particularly valuable for athletes at the national level, and will, for sure, help them push the sport to levels that we haven’t seen yet.

For me, engineering has given me opportunities that I never would have imagined: I am making a huge impact on my sport, one that goes well beyond what I could have contributed as an athlete; we were featured in Popular Science magazine for invention of the year; we spoke at Tedx Vancouver in 2011, and we played a major role in welcoming the world to Vancouver at the opening ceremony of 2010 Winter Olympics.

Eye-level training
The Heads-up Display technology that we engineered gives athletes real-time access to performance metrics such as speed and heart rate — right in front of their eyes.
Hamid Abdollahi 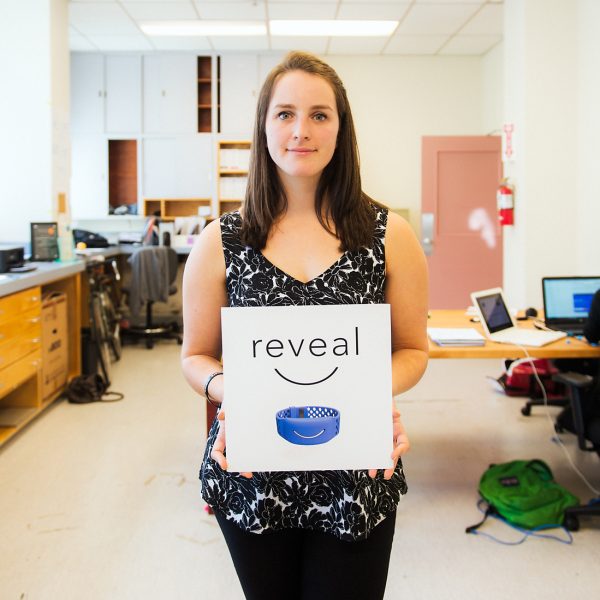 Empowering care
I am building tools that measure anxiety in real-time to support care, increase independence, and improve quality of life for autistic people.
Andrea Palmer
Apply to UBC